HELLA – Tripper (sargent house) – It is with no surprise that HELLA’s first album in four years, Tripper, solidifies my belief that Sargent House releases the best in current intelligent music; especially with a roster that includes Boris, Fang Island, Russian Circles, Omar Rodriquez Lopez, Tera Melos and much more. The long-standing Sacramento duo HELLA known for having unconventional math/punk songs, return with their technically complex music that is effortless to absorb and enjoy. The opening track “Headless”, which was released in June is reminiscent for how gnarly this album is. With so much pandemonium being transmitted, it is easy to forget that a well-seasoned duo is shredding your eardrums.

Listen to the album, download two free tracks; or maybe even buy the whole thing at Hella’s bandcamp.

Here is video of HELLA that I shot at the Beat Kitchen in Chicago many years ago, during their four-piece phase:

FUCKED UP – The Other Shoe 7″ (self) – The final 7″ in the David Comes To Life series; postcard with lyrics. B-side is “The Truest Road”. Was temporarily available from the band on their website.

FUCKED UP – Year of the Dog 12″ (blocks recording club) – Insert with lyrics and a postcard/sticker. Originally released in 2006, this is the 2nd pressing with alternative artwork similar to last year’s Year of the . . . series.

FUCKED UP/KATIE STELMANIS – Split 7″ (matador) – Ordered direct from band, “originally given away at our 12-Hour marathon concert in NYC in 2008”. Also known as The Royal Swan 7″. Postcard with lyrics.

NAILS – Unsilent Death 12″ (southern lord) – Clear tour pressing; looks like Nails will be on hiatus for a while due to one band member having a baby. 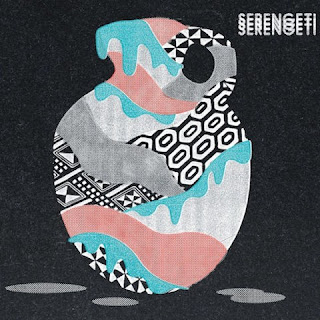 SERENGETI – Family & Friends (anticon) – “Serengeti‘s solo debut on Anticon. Fully produced by Yoni Wolf of WHY? and Advance Base (Owen Ashworth, aka Casiotone For The Painfully Alone)” – Touring with WHY? as part of their special seated show tour which makes a stop in Dallas on September 30th, 2011 at Sons of Hermann Hall.