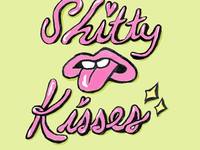 Clare O’Kane is an actress and comedian from San Jose, California. She is a part of Sylvan Productions, a group of weirdos who produce wonderful comedy shows all over California. Clare has performed in the Edinburgh Fringe Festival, the Bridgetown Comedy Festival, SF Sketchfest, and other festivals where she mostly drank beer and felt weird. She loves you very much.

People are talking about Caitlin Gill. Most of what they’re saying has to do with how funny she is.
Caitlin was a performer at the Outside Lands Festival in 2012, she has been in SF Sketchfest every year since 2007, performed in the Vancouver Global Comedy Fest, was host of the 2009 SF Women’s Comedy Competition and The Ladies Room Open Mic and Showcase. Her writing has been featured in a Believer Magazine project for 826LA. She has worked with some of the best talent in the industry, including Robin Williams, Bobcat Goldthwait, Hannibal Burress, Kyle Kinane, Marc Maron, W. Kamau Bell, Todd Barry, Doug Benson, Arj Barker, Tony Camin, Tig Notaro and too many other names to drop here. 7×7 Magazine featured her as one of the 7 Comics Rocking the Local Scene in July 2011. She was the Tourettes Without Regrets 2011 Slam Champion and a competitor at the 2011 National Poetry Slam.
Her comedy style twists her personal experiences into comedy confessions that will leave you red in the face, probably from laughter.

David Gborie comes to party. He’s been telling jokes all over the country for a couple of years now and he is, in his words, “Pretty legit at it.” He currently lives in San Francisco where he is a member of Sylvan Productions and can be seen around town lurking at one of their many shows. As a perfomer he’s appeared at The San Francisco Comedy and Burrito Festival, SF Indie Fest, The Seattle international Comedy Competition, SF Sketchfest, Denver’s Too Much Funstival, as well as the SF Punchline, The Denver Comedy Works, and several other places you’re not cool enough to have heard of yet. Dude is bout it bout it.