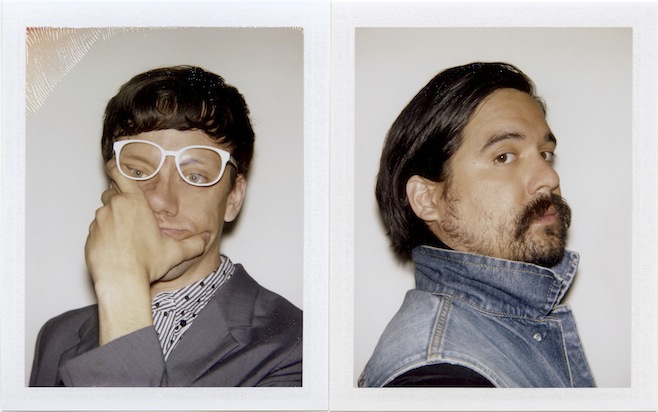 One of our long time favorites return to Dallas this Fall with a new album, On Oni Pond (anti-) coming out Sept. 10th… then you can catch them at Club Dada two weeks later on September 23rd.

On September 10, Anti- will release the new album by MAN MAN entitled On Oni Pond. The band’s latest features an arresting reconstruction of MAN MAN’s visionary sound – stripped to its core and rebuilt as something new and compelling yet still very much MAN MAN. This marked shift is a direct result of an intensive collaboration between the band’s frontman, Honus Honus, and drummer Pow Pow, who has assumed a new-found prominence in the songwriting process, bringing an exhilarating array of new rhythmic ideas to the mix. “With this album we got to do something that very few bands or creative people get to do which is a reboot, and one that feels natural,” comments Honus Honus.

The compositions were further honed by the band members along with producer Mike Mogis (Bright Eyes, First Aid Kit) into a compelling mash-up of Fear Of Music era Talking Heads, classic soul, psychedelia, hip hop, and 50’s rock and roll. With its imaginative yet economical rhythms, huge hooks, and overriding sense of urgency, On Oni Pond melds these seemingly disparate influences into an unexpectedly lush, melodic album, exquisitely consolidated by the band’s unique and affecting vision.

“This is a strange and beautiful record but it’s also head on and fearless,” says Honus Honus. “It’s not a record that’s going to flirt with you, this is a record that’s asking you out. If you get into bed with us there’s going to be a relationship.”

On Oni Pond also expresses Honus Honus’ evolution as a lyricist. Consistently inventive, the lyrics now have a new poignancy and insight that makes this album as personal and reflective as it is joyous. The thematic centerpiece of the record, and first single, is the bittersweet, deconstructed soul anthem “Head On.” Simultaneously melancholy and inspiring, the track features a unique take on personal resilience exemplified by the lines, “Are you dreaming of death? Are there ghosts in your chest?” and “I need new skin for this old skeleton of mine ‘cause this one that I’m in has let me down once again over time,” which build into the refrain “Hold onto your heart, hold it high above flood waters, hold onto your heart, never let nobody drag it under.”

With On Oni Pond, Man Man has delivered a beautifully weird and unforgettable collection of songs. From the pounding syncopated drumming, psychedelic organ and impassioned crooning of “Pink Wonton” to the sneering new wave dub of “King Shiv” and the big beat bratty swagger of “Loot My Body,” this is an undeniably ambitious band reborn to new, focused greatness.