It has been a minute or two since we posted some new arrivals. JEFF The BROTHERHOOD – The Brotherhood of Light (infinity cat) – A collection of rarities and b-sides… good for the long time fan or to a new one that does not have to scour online or get raped by bay ebay prices for old 7″s. Read at Nashville’s Dead.

JOYCE MANOR – Of All Things I Will Soon Grow Tired 10″ (big scary monsters) – Features a cover of “Video Killed the Radio Star”.

LIGHTNING BOLT – Oblivion Hunter EP (load) – Did you miss them when we brought them in August? 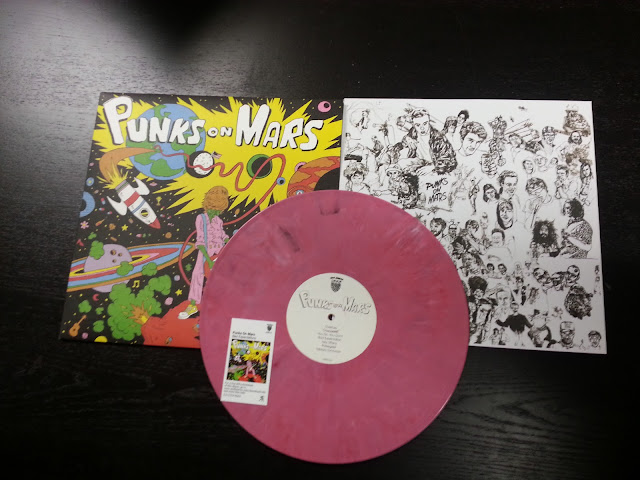 PUNKS ON MARS – Bad Expectations – (zoo) – Listen to the first single “Showers of Pain” at Pitchfork.

SKYBLAZER – Album 12″ (infinity cat) – “…the 2006 recording of the legendary Skyblazer: Jake and Jamin Orrall (JEFF The Brotherhood), Lindsay Powell (Fieded, Cake Bake Betty), and Brad Holland (Hell Beach, Whirlwind Heat). Skyblazer reunited for our big 10th Birthday Party and shook the rafters with the majesty of rock. We’ve pressed this one on a beautiful orange/red swirly vinyl so it will look like a fiery comet on your turntable. And of course, a classic gatefold sleeve.” – Infinity Cat

WOODS – Bend Beyond (woodsist)- Pretty much can’t stop listening to this and the new Converge… two polar opposites acts. Stream it at Spin. XIBALBA – Hasta La Muerte dbl 12″ (southern lord) – Gatefold double LP from Southern Californa hardcore act. 500 on blue vinyl. “Hasta La Muerte, Spanish for “To The Death”, is the Xibalbas’ first full-length album for Southern Lord. It’s a lethal collision of brutal death metal, vicious hardcore and oppressive sludge. Taking the concept of heavy to a new, crushing level! It was recorded and produced by Taylor Young (Nails). Greg Anderson of sunn O))), Goatsnake and Southern Lord has collaborated with the band on 2 tracks: Flood and Cold. Anderson’ sub-bass six string warfare seemlessly integrates within the ultra-heaviness of the Xibalba sound. The band’s songwriting, performance and recording of the album shows Xibalba taking a giant leap forward. Hasta La Muerte will firmly establish the band as a force to be reckoned with as well as new leaders within the underground metal scene. Cover artwork by infamous artist Dan Seagrave (Entombed, Dismember, Morbid Angel).” – Southern Lord