The BEETS – Stay Home (captured tracks) – The Beets are the definition of lo-fi garage pop. Playing at City Tavern on June 3rd with Eternal Summers and Sir Name & The Janes. BIG BUSINESS – MP3 of “Always Never Know When to Quit” via stereogum, from their new 12″ EP Quadruple Single, which is being released on their own label Gold Metal. Playing at Club Dada on August 12th with Torche and Thrones.

BLACK LIPS – Arabia Mountain (vice?) – They have some pretty tight songs on this album without veering off their well established garage flower pop sound.

BRILLIANT COLORS – New single “How Much Younger” download from their soundcloud. Their 2nd album Again & Again comes out through slumberland on July 19th, 2011.

EAR PWR – S/T Lp (carpark) – Nice to see this electronic duo grow; their 2nd album “explores an expansive set of auditory contours and thematic depths left untouched by the pair in their 2009 debut.” Booked them and Toro Y Moi at Good Records a while back. Good times. Pay attention!

GOLD LEAVES – Mp3 of “The Ornament” from their Hardly Art debut The Ornament, out August 16th, 2011.

THEE OH SEES – Castlemania (in the red) – Sounds like an evil and noisy children’s album.

TRUE WIDOW – Some Demos cassette (self) – Woo Hoo! More cassettes to listen to through my walkman . . . oh, wait. 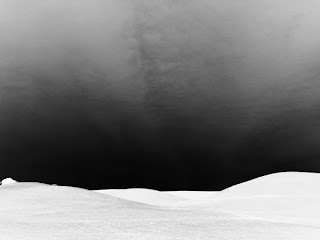 WHITE HILLS – H-p1 (thrill jockey) – I can’t sum this album up any better than thrill jockey’s summary: “White Hills second full-length for Thrill Jockey expands on the explorations of previous albums in ambience, noise, and space rock all led by guitarist Dave W.’s blistering guitar solos. This is the most fully realized White Hills album to date and the one that takes them furthest from their pure space rock roots. It is also their most angry record.”