A weekly collection of new arrivals to the Parade of Flesh Compound . . .

The BODY & BRAVEYOUNG – Nothing Passes (at a loss) – Four song collaboration between both acts. Not sure why they didn’t perform together at the Dallas show.

BRAVEYOUNG – We Are Lonely Animals 12″ (the end)

CEREBRAL BALLZY – EP 7″ (volcom) – “Live 6-song EP recorded in Costa Mesa, CA at the Detroit Bar on February 7th, 2011.” 200 hand-numbered on smoke vinyl. Touring with OFF! this Fall, making a stop at Sons of Hermann Hall in Dallas, TX on October 12th with Retox (members of locust). 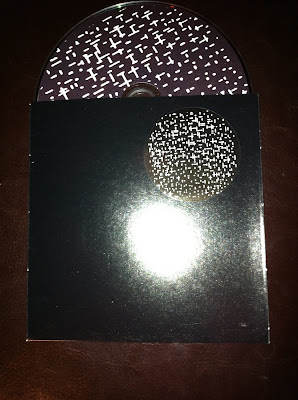 DISAPPEARS – Live Over the Rainbo 12″ (rococo) – Since the Jesus Lizard show in Chicago, I’ve regretted not purchasing this album from Reckless Records. Reckless Records still has this and the Live at Echo Canyon Ep right now.500 copies, Blue vinyl. Single insert, nine live songs from October 2008.

PURE X – Chain Reflection 12″ (self) – Beautiful packaging and artwork to coincide with beautiful music. Cardboard sleeve with velum outer sleeve, 300 pressed. Touring Europe this Fall, but before that making a stop at Club Dada in Dallas, TX on October 27th, 2011. Buy direct from the band.