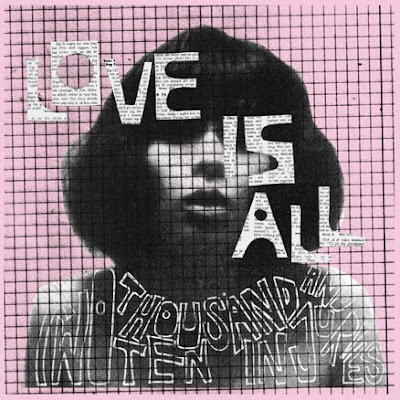 LOVE IS ALL – 2010 Injuries (polyvinyl) Swedish pop group’s third full length is pretty awesome if you like the sound of Fiery Furnaces and Deerhoof blended with enthusastic instrumentation. MP3 of “Kungen”

VIBES – Psychic 7” (not not fun) – Four songs; side project of Pocahaunted. Comes with a revolutionary manifesto insert. 400 pressed.

WHITE MICE – Hemosexualrodentaldamnatalcare((of the FUTURD))0 (hung like a horse) – Cassette of b-sides, rarities and outtakes that were originally released as a European Tour CD.

Bassekou Kouyate & Ngoni Ba – Speak Fula (sub pop)  Do you know what a ngoni is? Neither did I until I heard this album. It’s a lute, and Bassekou Kouyate makes you want to pick one up. This album captures his stunning ngoni talents and his ability to rock, Mali-style.

Album Leaf – A Chorus of Storytellers (sub pop) On tour with Sea Wolf in May, these hyper-serious, worldly Californians are still putting out the haunting stuff. I like “There is a Wind” for walking in slow motion.

The Ruby Suns – Fight Softly (sub pop) – Why don’t you have this album? You should because it’s really oddball, like Vampire Weekend had sex with some surreal dream and made a baby band.

Retribution Gospel Choir – 2 (sub pop) Low members ‘duded’ out to form a heavy riffing rock opus. Sort of wishes to be the beating heart, directness of Pink Floyd or some 90’s whack off. They sort of succeed doing both.