Site is back up

Due to a technical difficulty, named myself, paradeofflesh.com crashed earlier this week. Here is a recap of the week b/c some posts seem to be disappearing:

VOTE HERE for Parade of Flesh in the category of: TALENT BUYER in this year’s Dallas Observer Music Awards; Ballots here.

If you missed REAL ESTATE in April, then don’t miss them this Fall when they return to Club Dada on Thursday, November 17th, 2011. They will be touring with Slumberland Recording artist BIG TROUBLES. Real Estate are now on Domino records.
Real Estate – It’s Real by DominoRecordCo

This will be my third time to bring Los Angeles HC act TOUCHÉ AMORÉ to the DFW metroplex in 2011. They continue to build a steady following of young fans for their lyrically driven melodic hardcore sound with punk aesthetics. TOUCHÉ AMORÉ played Bro Fest 2011 in March and then a wild one at Rubber Gloves in June with Title Fight, The Menzingers and Dead End Path; this time will be at the 100 year old Sons of Hermann Hall along with PIANOS BECOME THE TEETH and SEAHAVEN. We’ll wrap it up by 11pm since it’s a Monday night, so make sure you arrive on time. 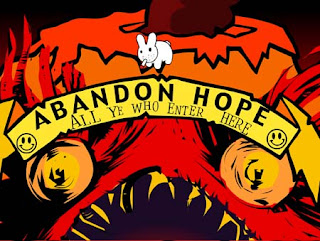 Two great newish locals, which I’ve hosted both before this year, SEALION AND SOVIET, and are BOTH nominated in the Dallas Observer Music Awards, will support CLOUD NOTHINGS at Canton Co-Op on Nov. 3rd, 2011.  This should get ridiculous. And thanks ahead of Gorilla Groove for letting us use their space.

Thanks to Travis of ATOMIC AGE PRODUCTIONS for filming the first portion of Turbo Fruits lengthy set at Bryan St. this past Sunday, September 4th, 2011 in Dallas, TX.